The most famous pointing device is obviously the mouse, but it is not without flaws. It requires precision and a lot of control when one needs to:

Over time, with the upgrades, the operating systems offer basically many settings that allow people with disabilities to use them. For the mouse alike the keyboard, we can, in the control panel, set: 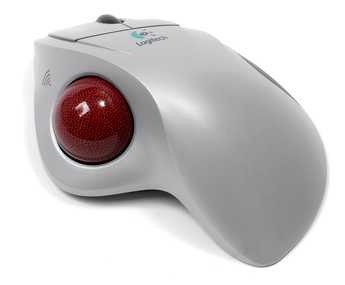 But other pointing devices can also be very interesting, first and foremost the trackball, a sort of upside down mouse with a ball moving on the surface that you turn to direct the pointer. As the base is fixed, the system is less sensitive to parasitic movements than the mouse while ensuring accuracy.
In addition, it can be used with two hands: one hand for handling the ball, the other can operate the buttons. 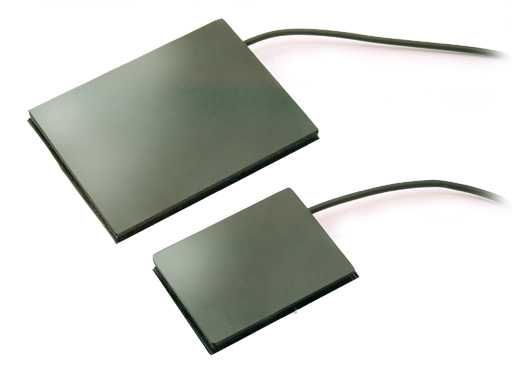 The touchpad is the little touch square that is at the bottom of the laptop keyboard to move the cursor on the screen. There can be also separate in the manner of a mouse.
Its advantages are the same as the trackball either because it is not mobile: arm and hand of the user are snugly while the only movements are those of the fingers and slightly of the wrist . 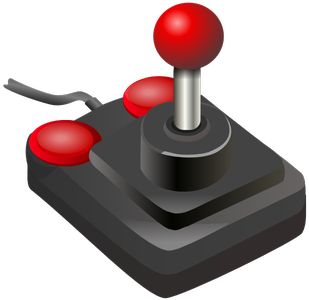 The joystick is an alternative that has the same advantages as the trackball: the cursor control is done with the whole hand thus it requires less finesse in movement while maintaining high accuracy.

The keyboard can also be set up very well to replace the mouse:

In addition, you do not change tool when typing or pointing, which avoids unnecessary movement. It also gains in stability as you act on one direction at a time. But reaching its target is more tedious ...

The large touch screen installed vertically on a desk in front of the user are not recommended for patients with AT because they require movements of large amplitude which can lead to imbalances and thus increase their fatigue more quickly. 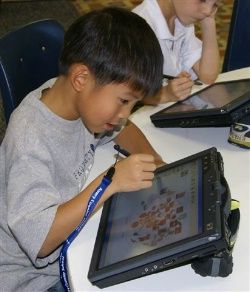 This disadvantage disappears if these screens are used horizontally, as the table "Surface" of Microsoft, and for small touch screens on tablet PCs, for example, electronic wizards or smartphones. The advantages of the touch screen may be then very interesting. They can: 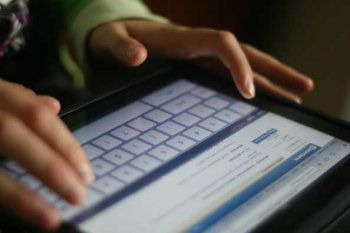 With the advent of the iPhone and Windows 7 that take all the advantages of touch screens, the next few years will see an ergonomic revolution that will undoubtedly benefit many people with disabilities. The touch pads like the Ipad are also media that we will have to look very closely. To be continued ..