When they learn their child's illness, parents feel completely helpless and in extreme solitude.

AT Europe, through its website and forum, aims to provide you with sufficient information for proper management of AT children.

The French CEREDIH also published a summary sheet of recommendations for families but also for caregivers. The english AT Society and the american ATCP provide also informations and specific AT care centers in their own countries. 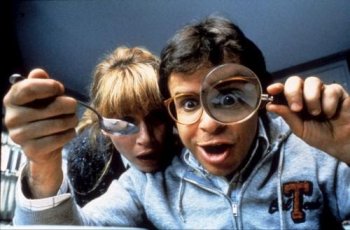 Parents know their child best and guide the doctors who have to listen. By reporting a change in behavior, fatigue, decreased appetite, lymph node, an allergic reaction., etc ..., they give them vital information. It is therefore important to pay attention to any changes in the child with Ataxia telangiectasia, whether physical or behavioral, or if they appear after a change in treatment.

By transmitting the medical history of their child to the doctor who doesn't know him, parents can help him set a faster diagnosis. This oral transmission is often faster than the reports that doctors send each other or even than the medical record itself, although it is obviously approximate.

With medical records, parents are the only points of convergence of information about their child. By providing this information to medical, paramedical and educational staff, they are the only ones able to put them in touch and thus increase efficiency.

The ATM gene is present throughout the body and its absence impacts as many functions as corresponding medical specialties.

It is essential to be able to assemble a multidisciplinary team around the child with Ataxia Telangiectasia, preferably in the same structure to enhance communication between doctors. Indeed, one can always think that one doctor in one place is better than another one. But if these "best" doctors of different disciplines only speak to each other by mail with intervals of weeks, the follow-up of your child is far less efficient.

AT Europe : we are parents

AT Europe's mission is research. Yet basic research is also based on observation. So there is an interest in knowing the symptoms and the development of ataxia telangiectasia in an attempt to identify the body processes that cause them.

This has already been initiated by the CEREDIH in a program funded by the Ayache family, one of the founding families of AT Europe. The logical extension of this program would be setting up a network of multidisciplinary consultations around existing teams knowing perfectly ataxia telangiectasia. This would have the double advantage to systematize the collection of information on the AT patients and to avoid for the families the effort of explanation and establishment of competent teams.